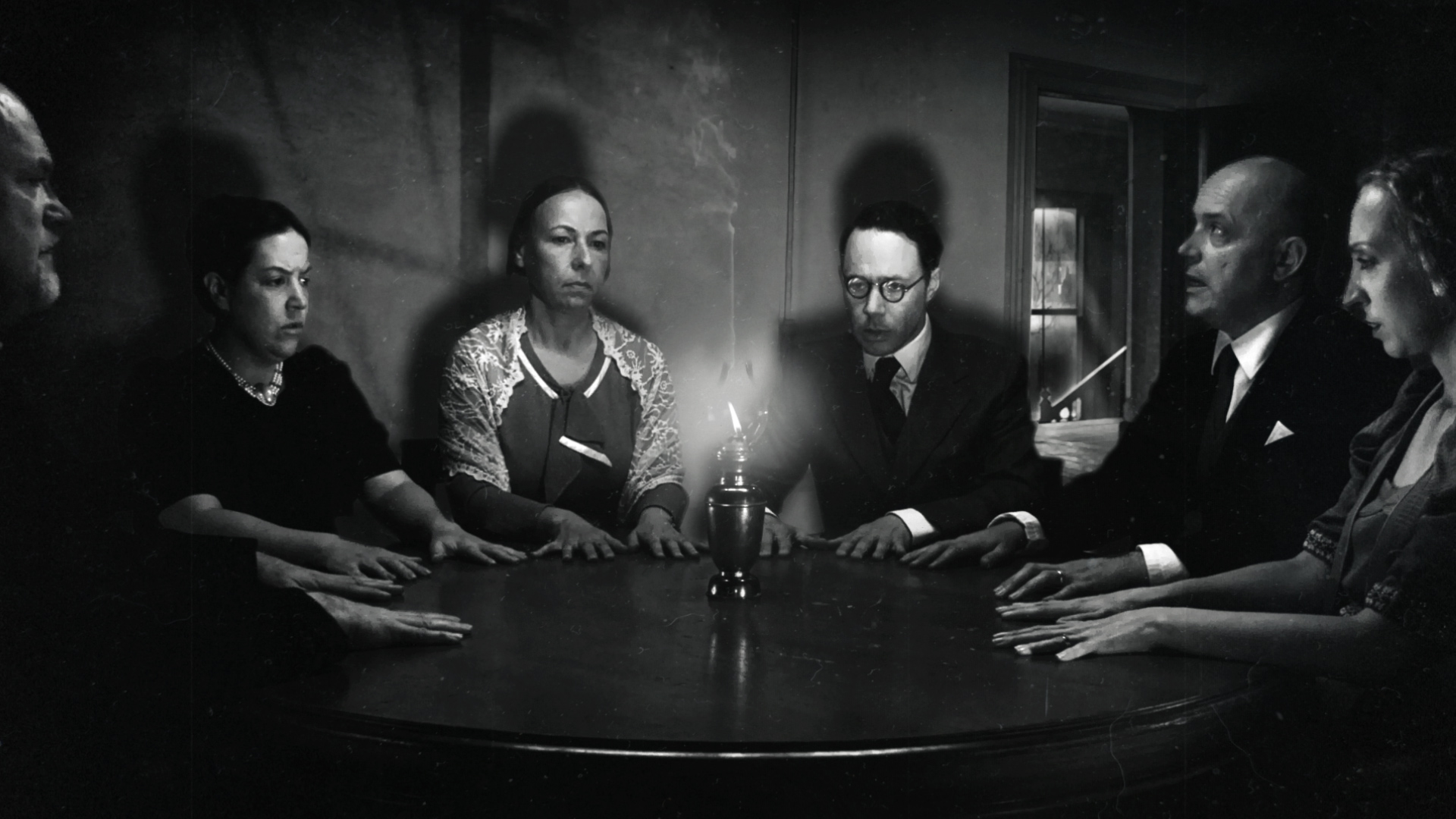 If all goes according to plan, the next issue of The Dark Side — due out on 29 March — will include a lengthy feature I’ve put together on the new drama-documentary Borley Rectory, directed by Ashley Thorpe and starring Jonathan Rigby as the notorious ghost hunter Harry Price. I interviewed them both for this piece, and there are also quotes from co-star Reece Shearsmith.

Unfortunately, work on this article coincided with my friend Chrissie and myself having to make several stressful trips to the local veterinary surgery with her elderly dog, Fred. Hours after I e-mailed the text to my editor, we walked Fred to see the vet one final time.

Tut tut, I neglected to mention here that the two episodes of our series In Conversation With filmed in Manchester last October are now both available to view on YouTube: Jenny Hanley and Jonathan Rigby. Chrissie and I hope to shoot the fourth episode next weekend.

Went up to Manchester yesterday, to interview Jenny Hanley and Jonathan Rigby for the 28th Festival of Fantastic Films. Both guests and audience seemed to have a great time, and my conversation with Jenny was recorded for use in a future issue of the The Dark Side. The photographs above were taken by Chrissie Harper. (No, I wasn’t kneeling next to Jonathan; he’s just really tall.)