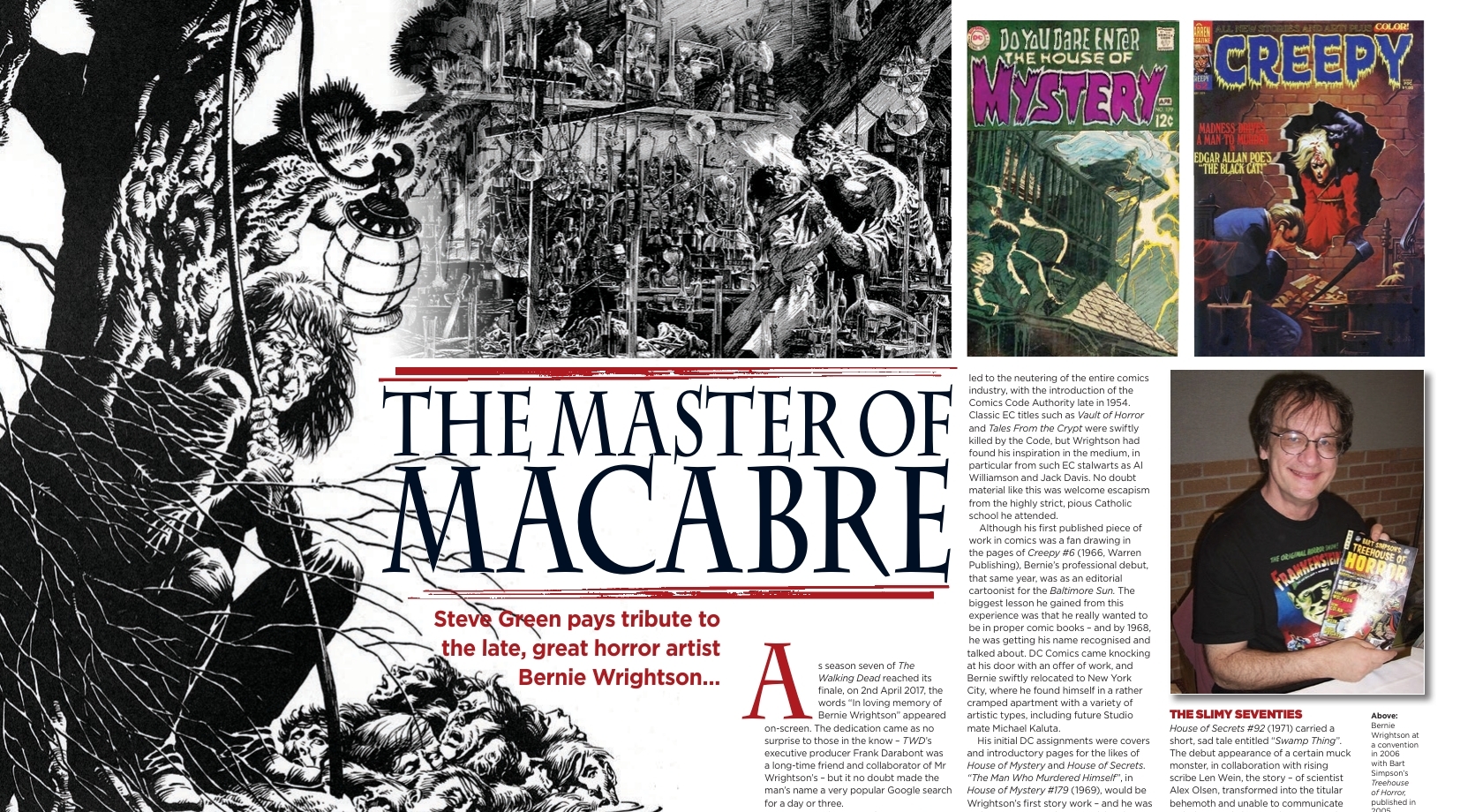 Just received a preview of the nine-page tribute to the late, legendary artist Bernie Wrightson which is due to appear in next month’s edition of The Dark Side. 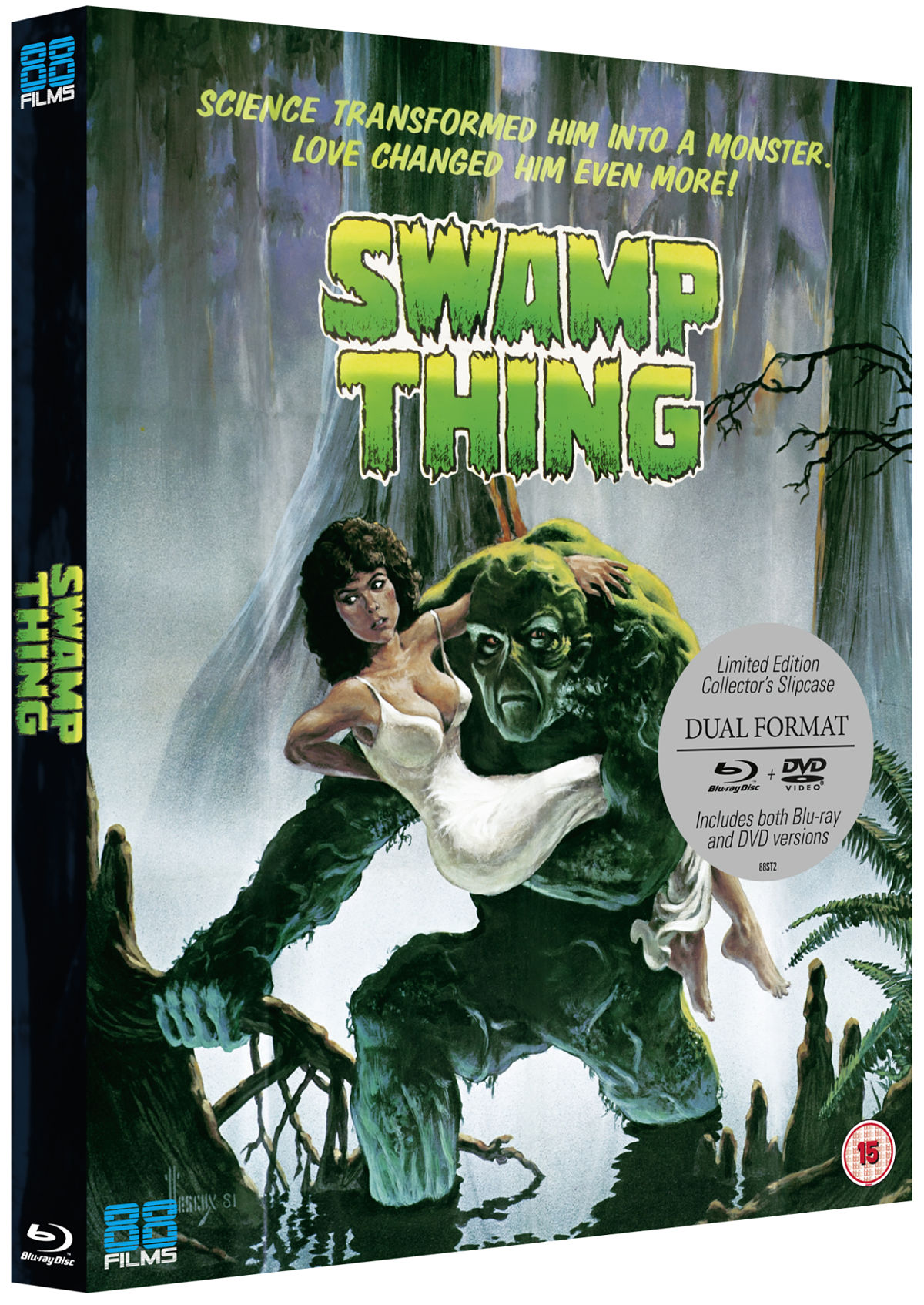 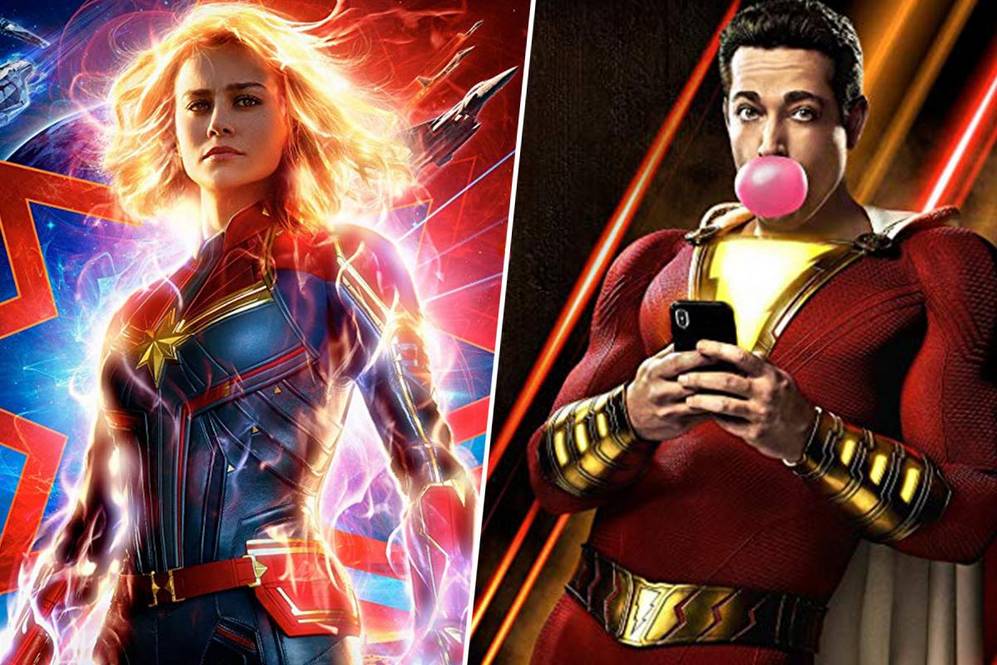 Just a quick note to mention I’m currently shedding quite a few comics from my collection (plus another I inherited). They’re going up in batches at my eBay account.

The latest item to get snapped up was a copy of Sandman #1, which I’ve since learned the new owner plans to get CGC-graded and slabbed before framing and displaying. He also only plans to make one such purchase each year, which isn’t quite how I’d define a comics fan, unless all he was interested in was the Dave McKean cover.

[From Procrastinations #5, 2008. This was the first half of a projected memoir inspired by the editor’s choice of ‘comics’ as an over-arching theme, but the second installment remains in the aether.]

You never forget your first love, and my own was comics. Not just the weekly anthologies peculiar to these shores, but the American superhero titles which in an oh-so-recent era were crammed into rotating metal racks in almost every corner newsagency. For every copy of Valiant or The Dandy, a glossy-covered and freshly-imported Fantastic Four or Tales to Astonish.

Shortly after I hit my teens, US tv executives finally wised up to the fact that comics were popular enough to merit their own series, thrusting their versions of The Incredible Hulk, Spider-Man and Wonder Woman upon the telesphere. That the last of these – Lynda Carter, a former Miss World USA in a shiny basque – proved the most accurate translation to screen pretty much sums up just how useless the rest of the field was. By the early 1980s, the success of Superman: The Movie and its first sequel – not to mention the middle-section Star Wars fables – had raised the ante. Tv networks and the direct-to-video market both tried to respond, but their hands were tied: soon as you bought the licensing rights to a major-league superhero and set aside the cash for minimal special effects, there was nothing left to license the requisite supervillains. Let’s be frank here: watching some bland goon in a spandex costume “battle” a gang of rogue bikers (The Flash), minor Mafia hoods (The Punisher) or manic mystics (Supergirl) is mildly more entertaining than stirring your own teacup.

Even the heightened cultural profile of Frank Miller’s The Dark Knight Returns and the Alan Moore / Dave Gibbons breakthrough Watchmen failed to persuade tv execs to shift gear. Whilst both Superboy [1988-92] and Lois & Clark: The New Adventures of Superman [1993-97] survived into a fourth season (the latter finally jumping the shark with an unbelievably absurd nativity reprise), neither had any more dramatic depth than most of the ludicrous yarns churned out during DC’s “silver age” (the birthplace of such atrocities as Krypto, Bat-Mite and Superhorse).

The launch of Smallville in 2001 marked a signal change in screen superheroism – with DC (now part of the Warner Bros cartel) aping Marvel by switching the focus from caped crusading to the more personal traumas of a teenage metahuman. Whilst the series remained in constant danger of fixating upon the “meteor mutant of the week” format, its attempt to dissect Kal-El’s family life – previously as impenetrable as the quasi-“S” on his chest – was an obvious nod to the genre influence of Miller and Moore.

The background detail, of course, was the sudden availability of cinema-quality special effects for higher-budget tv series. Where once George Reeve would hop out of a set window and assume his audience would presume he could actually fly above the cardboard skyline, Tom Welling could now juggle tractors and catch passing bullets with an ease unseen since the classic 1940s Fleischer Studios animations. Indeed, the only manoeuvre this version of Clark Kent couldn’t perform was slipping out of his civilian clothes (semi-regulation red and blue, ‘natch) into the uniform we all know so well: franchise copyright turns out to be even more powerful than Kryptonite.

But this remained ersatz Marvel: there was still a crying need for a series in which the central characters amounted to rather more than the sum total of their multi-coloured gym shorts. We needed tortured souls, twisted egos, doomed affairs, deranged villains, acts of personal bravery undermined by arrogance and self-interest – and all of this built into an intersecting cascade of story-arcs.

In other words, we needed Heroes.