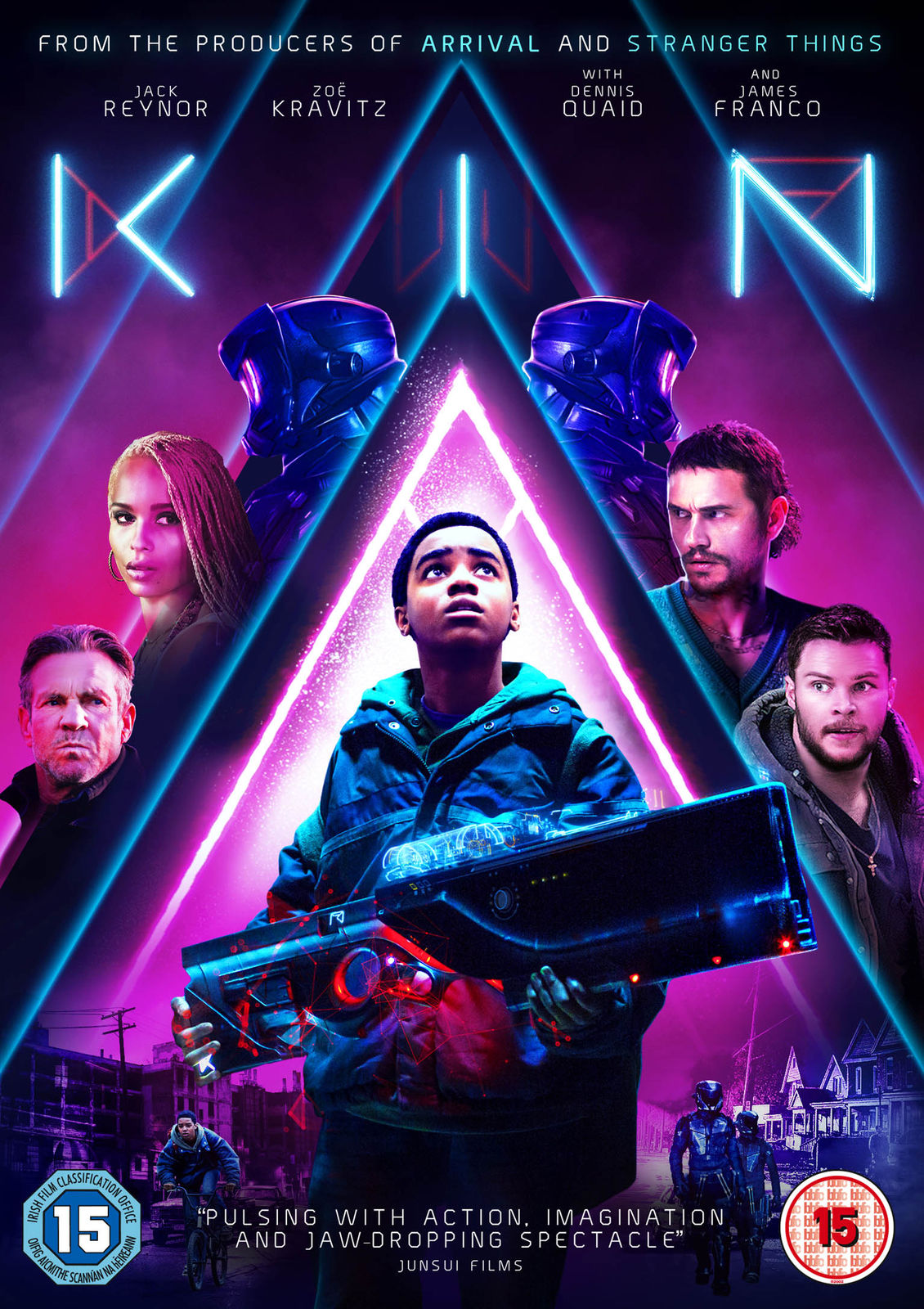 Despite the presence of headliners Dennis Quaid (Innerspace, The Day After Tomorrow) and James Franco (Spider-Man, Oz the Great and Powerful), Kin feels oddly more suited to small screens than the large, with an open-ended finale which leaves you anticipating (albeit not rooting for) a spin-off tv series.

When the recently-widowed Quaid’s estranged elder son (Jack Reynor, soon to be seen in Scandi folk horror Midsommar) gets out of jail, he might be forgiven for thinking strained family dynamics are the biggest problem on his plate. Unfortunately, Reynor is in debt to a local gangster (Franco), adopted teenage son Myles Truitt (last seen in Black Lightning and here making his feature debut) has salvaged an extraterrestial weapon from the site of an unexplained alien shoot-out (seriously, it’s time for a moritorium on that cliché) and Quaid has the misfortune to walk in on Franco’s gang as they’re robbing the construction company he works for. The two brothers escape, joining forces with a kind-hearted stripper (Zoë Kravitz, X-Men: First Class and Mad Max: Fury Road), but Franco is soon hot on their trail, as is a team of aliens eager to retrieve their bad-ass bazooka.

Although competently executed, the resultant road movie is crushingly familiar, and that’s not because I saw Bag Man, the 2014 short by Kin co-directors Jonathan and Josh Baker from which it was expanded. The old Not the Nine O’Clock News song ‘Nice Video, Shame About the Song’ springs to mind; in this case, decent enough performances and special effects, pity about the plot and script.