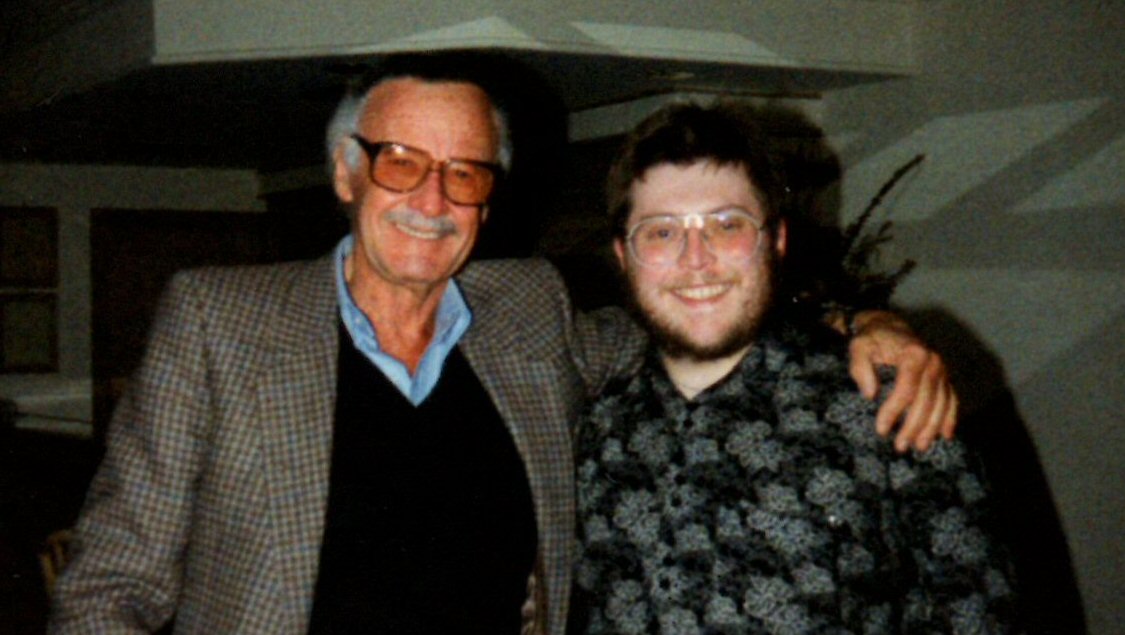 Here’s me with comics legend Stan Lee back in November 1991, during a promotional tour for Lee Daniels’ Marvel: Five Fabulous Decades of the World’s Greatest Comics. We met up at a hotel in Nottingham, and the interview subsequently appeared in the magazine Interzone (Stan seemed quite pleased, judging by this letter). The only downside was that my wife Ann was unable to join me, as the car park next door had a bust ticket machine and she stayed behind in case some security guard spotted I’d been unable to properly pay and display.